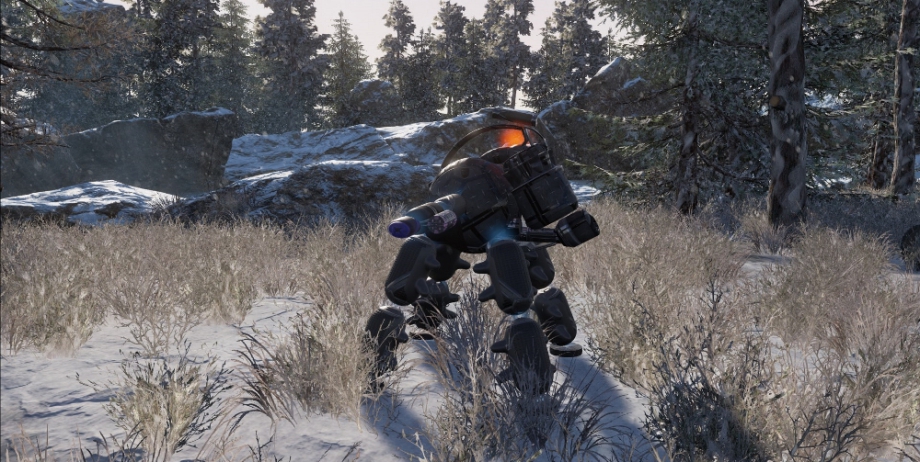 This is our tech demo game! We did not realize it was only a tech demo until reception kicked in. That's how it works with a tech background - you are no artist. So while the tech is exciting, graphics are top notch and you are proud of the stable technology that you created, the optimization to reach the 60fps and the environments that you did and so on, the game failed due to lack of story, polished menus and its extremely difficult robotics controls. The jump from normal 3rd person animation-driven game mechanics to the real life physics based robotics was just too much for players. On the upside, we learned everything about game development/publishing by making valuable mistakes along the way, because we were able to see it through from the first polygon on screen to final release on Steam and Humblestore. As a topping we also learned that the 'Youtubers' with ever so many subscribers are actually fakes and will sell the keys you sent them on gray markets. Always ask to be contacted by their channel to make sure they are real. All in all a good apprenticeship. Creating games sucks though if you are mostly interested in the tech and come from an 'adult' environment. Too much uninteresting kids stuff to do and the gaming ecosystem is also pretty low-life to be honest. Good experience, but probably the first and last one.

Go to remote islands and have a good time! Unscripted and 100% physics based gameplay will aid you in your mission to climb the largest trees and rock faces. Stunts that would get you right into hospital in real life:  Welcome to R.C. Bot Inc.

R.C. Bot Inc. presents a new style of gameplay in which all interactions with the environment are physically correct and every action is triggered by Nvidia PhysX interactions - by things that exist in real life such as forces, motors and impulses.

The original intention was, after a bad accident, to create a realistic hiking and climbing software to support physical therapy by mirroring real life movement and physically correct motions to the patient. It soon became apparent however that pure physics based biped walking for gameplay was too much to ask for in combination with realistic graphics. Being a matter of heart however the project was not let go and was giving another spin. The result is R.C. Bot Inc., a game that tries to present realistic motion and realistic graphics, the feeling that you are outside and rough it up: this time on four legs, with a few rocket thrusters and some stunt toys!

The core gameplay design and mission design is inspired by the good old Pilotwings game, which turned at first sight simple and boring tasks into fun gameplay by its great 'how it moves' touch. 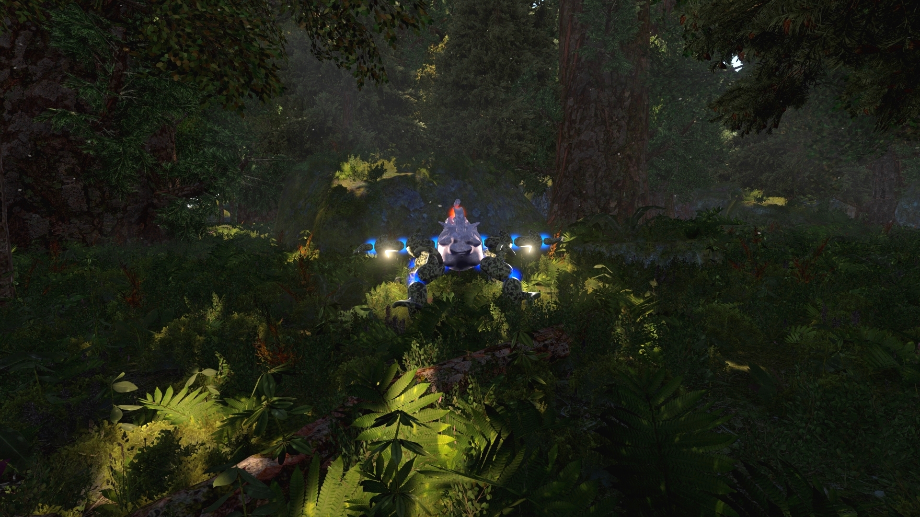 Plan your moves, watch the light: Latest Unreal Engine 4 technology powers R.C. Bot Inc. and creates a dynamic day-night system and many other features. The day-night system will make you plan your moves: your solar powered bot will only recharge in direct sunlight or if it is driving on the 6-wheeled carrier, but not in shadows! Getting shot and landing in shadow means trouble. Flying careless to some shadow spot not watching the battery means trouble and waiting for sun or going back to the ship. Buy better batteries and upgrade your bot with your earned money! 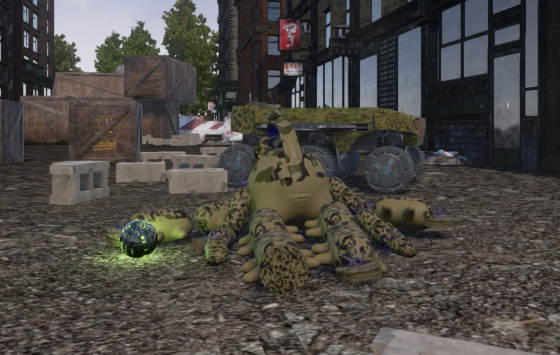 1:23min and 1:47min showcase the physics based gameplay idea nicely.

The studio behind R.C. Bot Inc. has probably played, or at least looked at, every game on the planet for the last 20 years and loves games and 3D graphics. As such, the driving force was to not repeat existing gameplay concepts, but to try a new concept. R.C. Bot Inc. tries to resemble movements and environmental interaction as it would happen in real life in the last detail, it could be labelled Open Move Game. It tries to go the complete other direction than Open World Games in that it presents environments that allow full physically correct interaction and are only small/medium sized. The idea behind is not new: what is the use of an huge open world in a game, if it is just a showcase of trees and things in which you can not do very much? In its heart, R.C. Bot Inc. is a motion physics puzzler and tries to present realistic movement and graphics.

A fantastic inspiration to start the physics based game project was the indie game Spintires, which is developed by Pavel Zagrebelny and published by Oovee. Born as a hobby project of P. Zagrebelny, which is very inspirational in itself looking at the outcome, it is now one of the best offroad driving games around and features a nice community which expands it with maps and mods. A must buy if you feel like big wheels and mud!